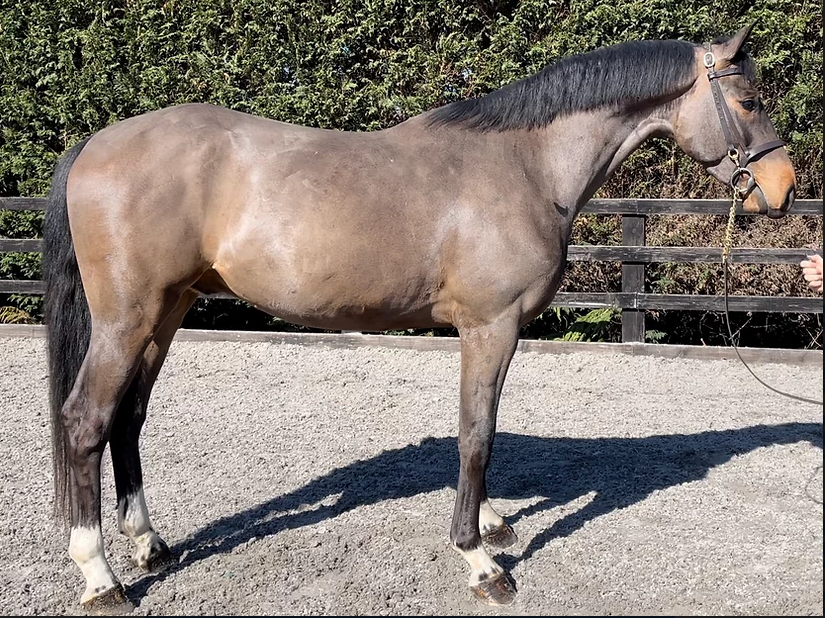 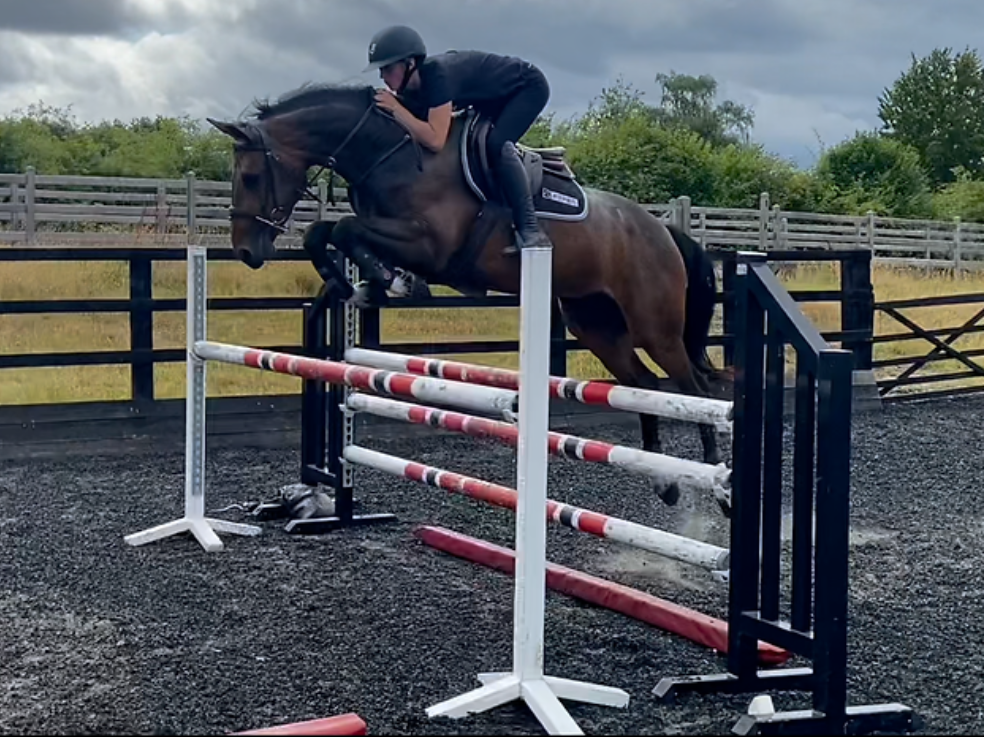 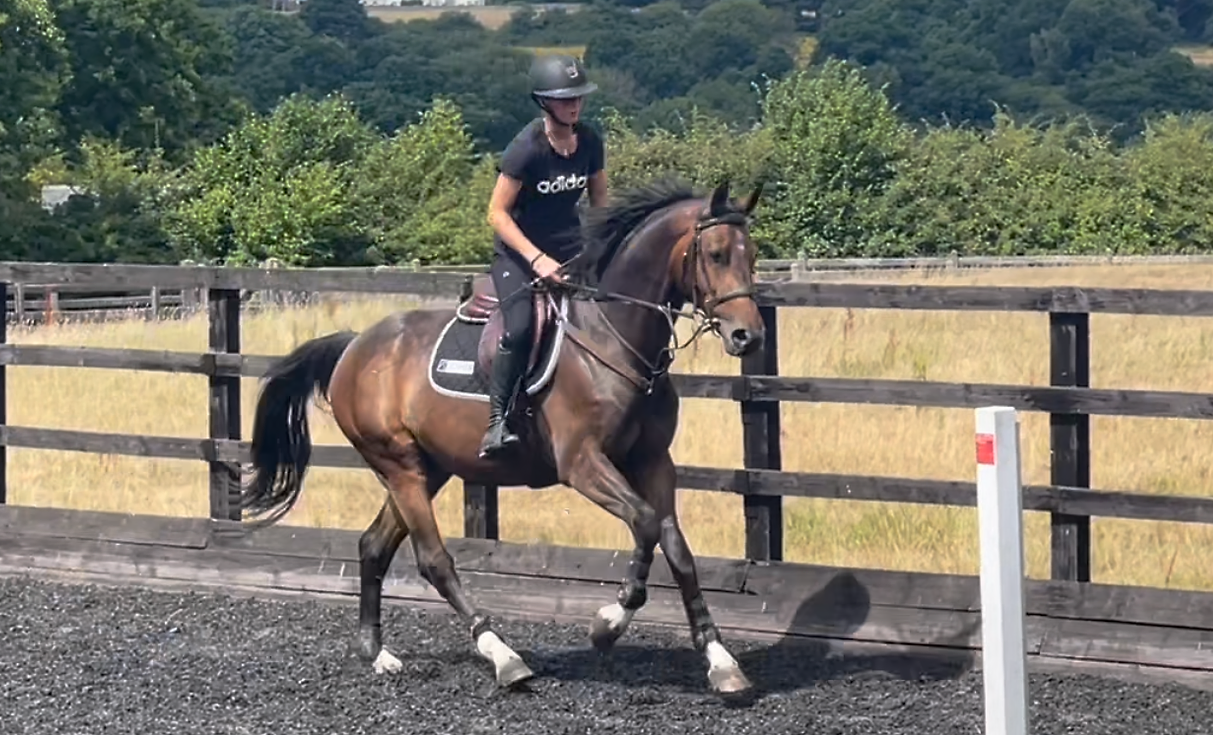 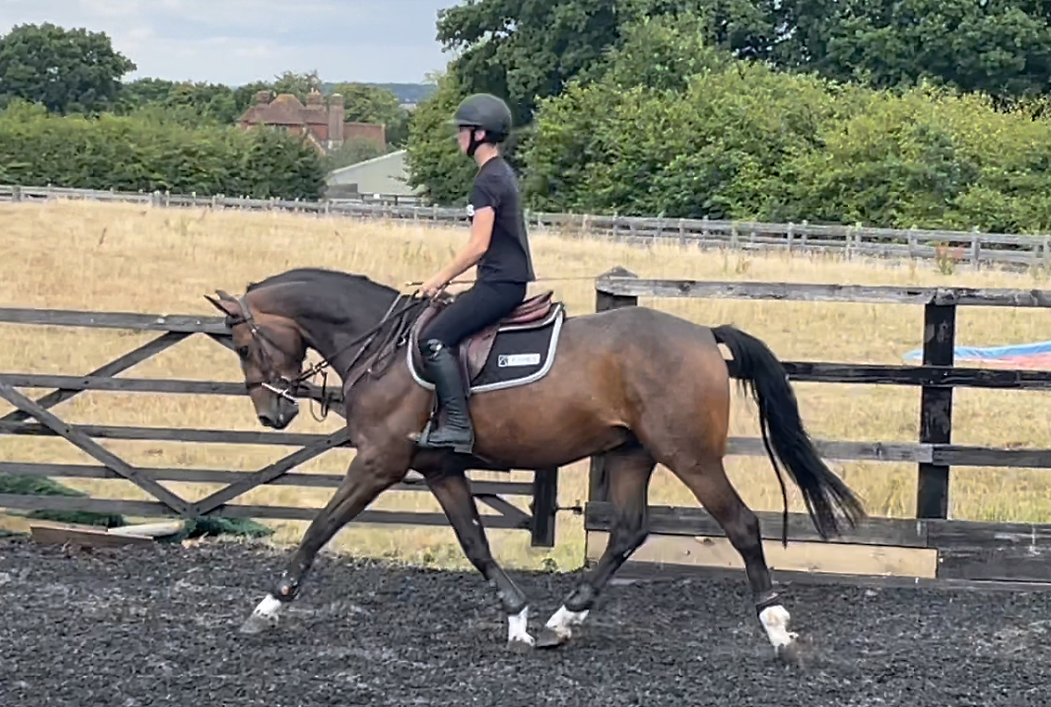 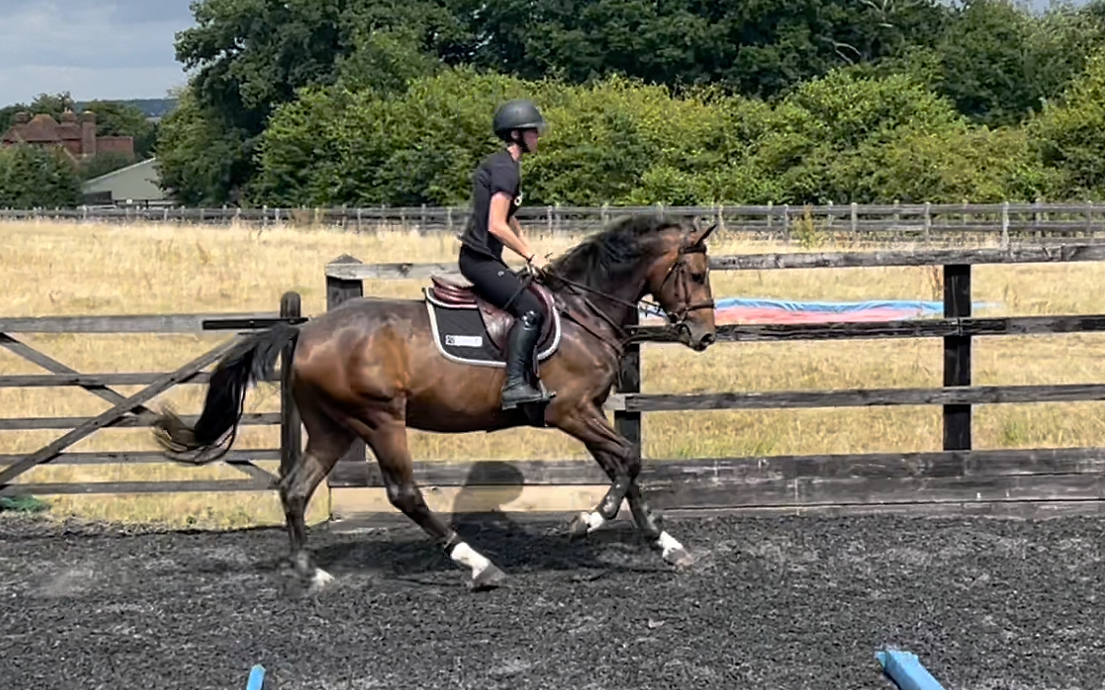 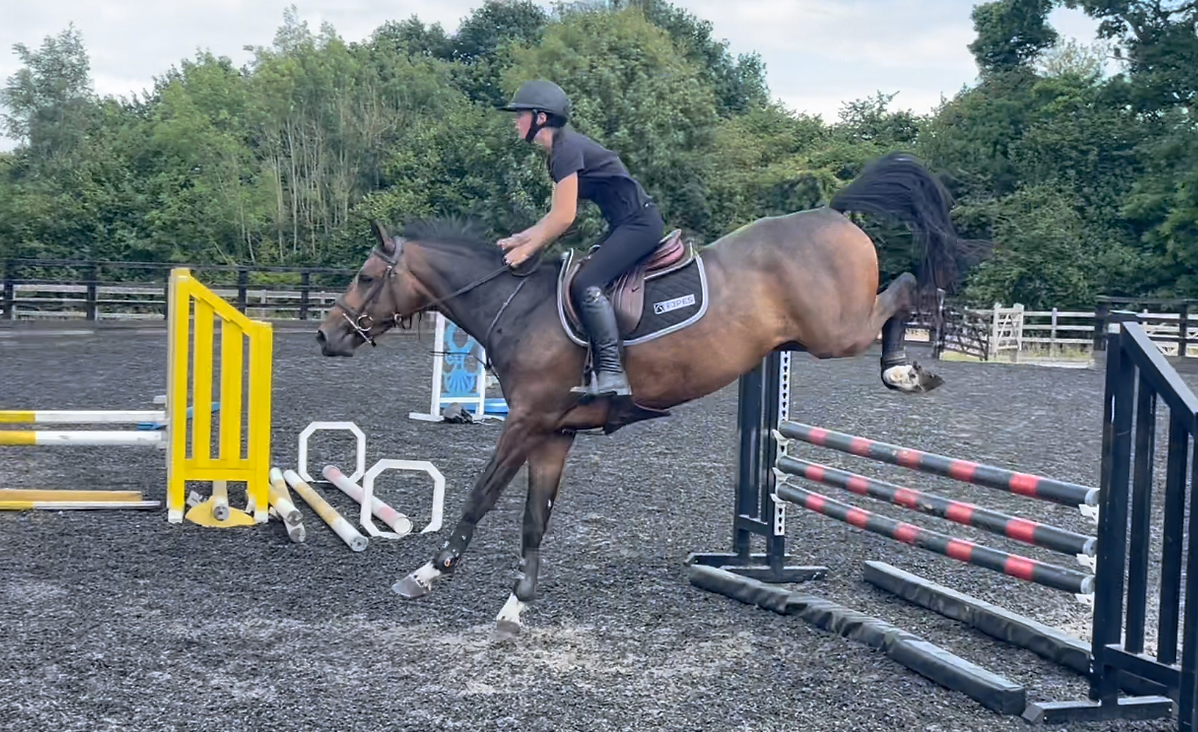 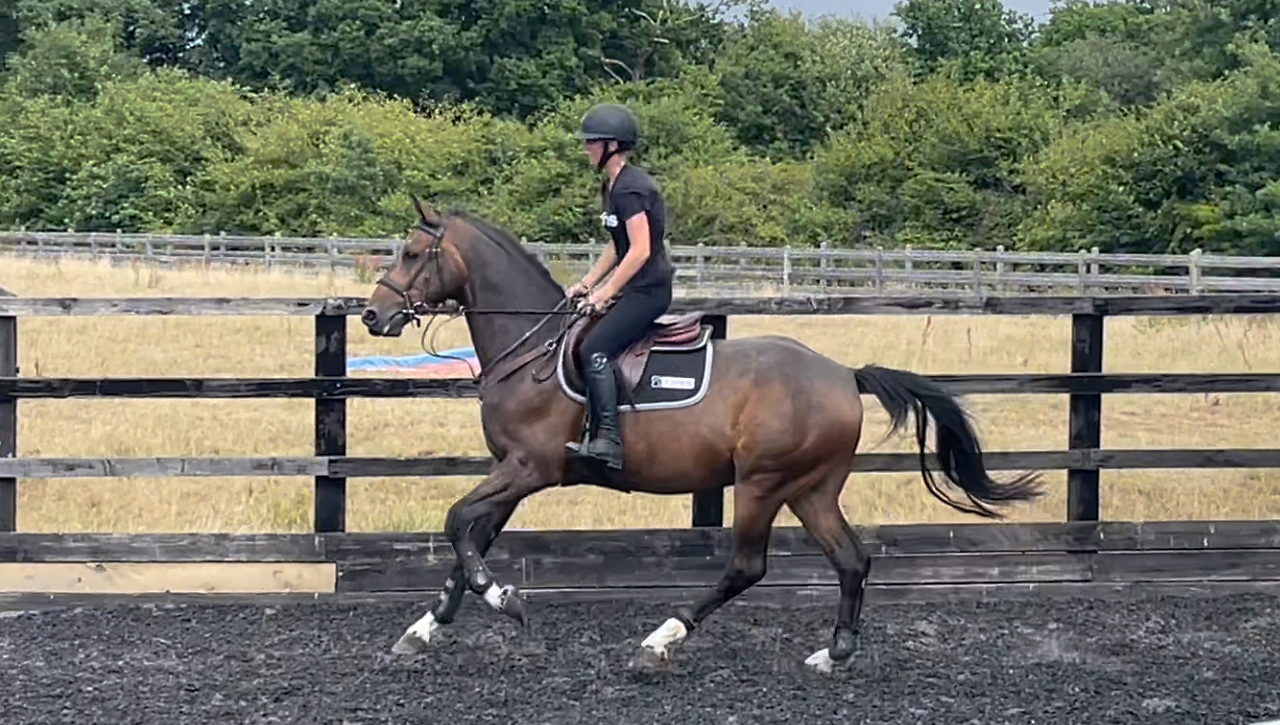 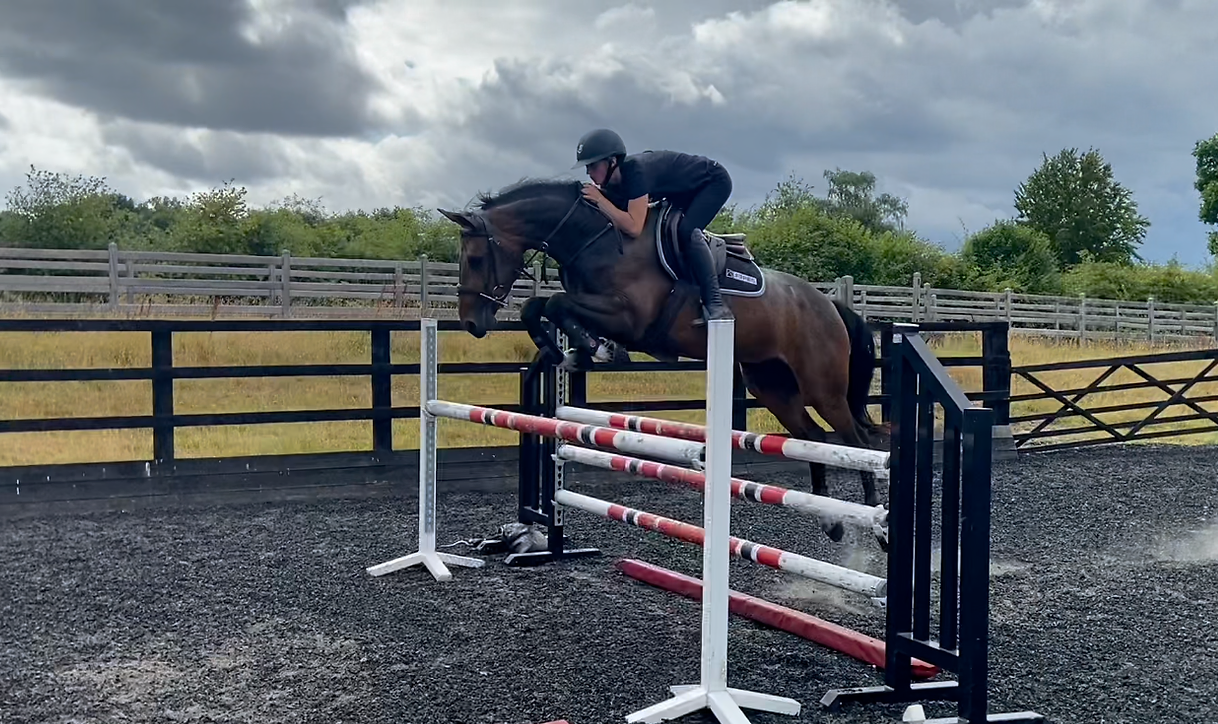 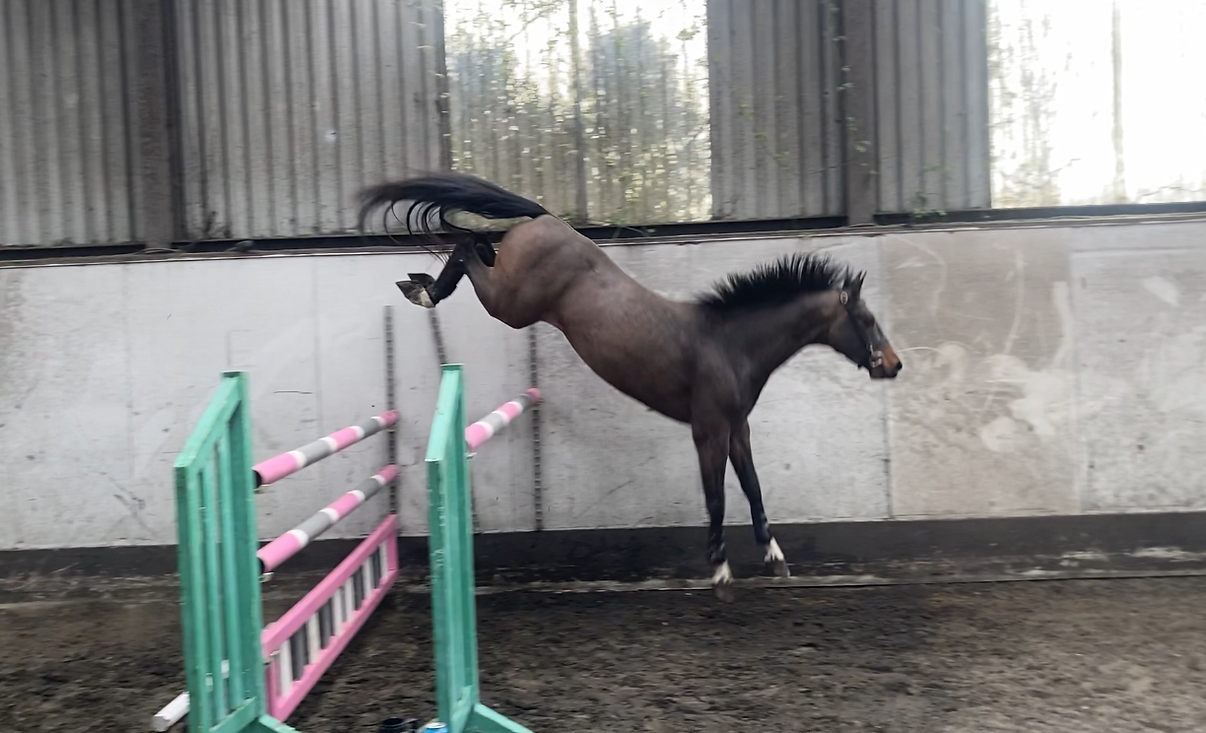 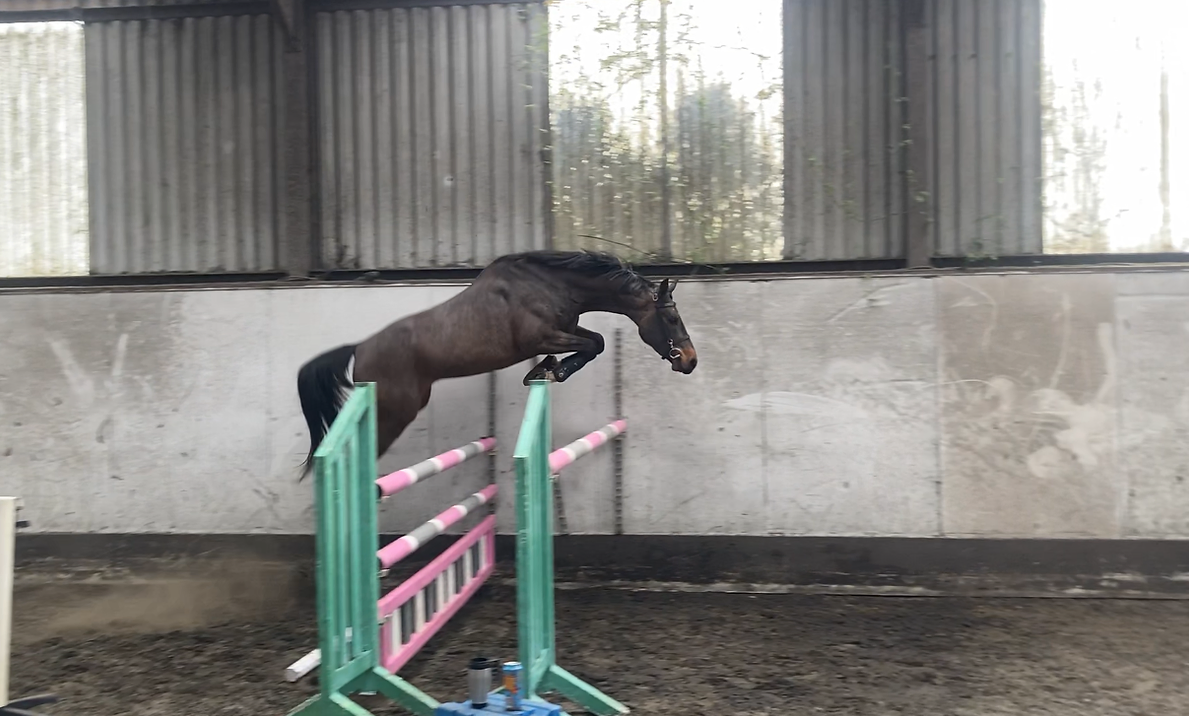 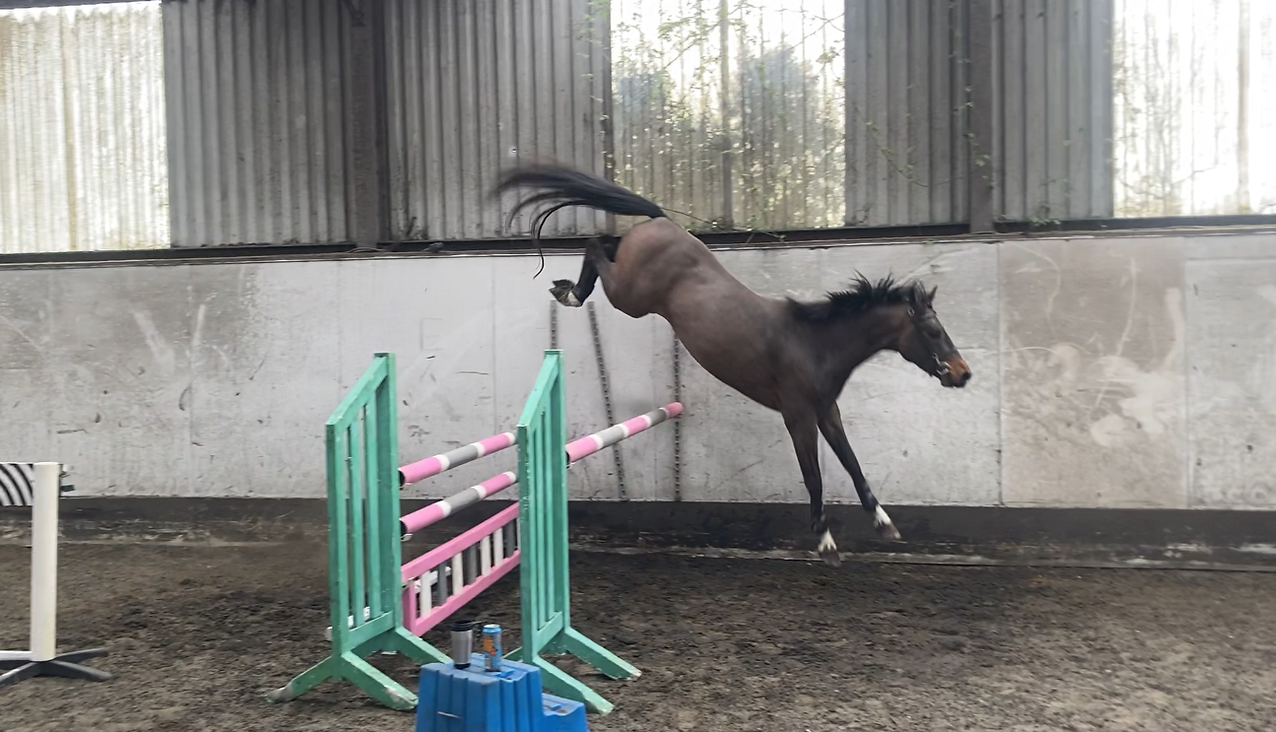 Bennie is a stunning example of continental young stock with impeccable breeding. His Conformation is stunning; he’s short backed with plenty of blood to win the fastest of speed classes in the future! Straight from the field, he is now broken and jumped his first training show and ready for someone to put their own stamp on. He has been regularly handled, trimmed, groomed and wormed since he was purchased as a foal so he’s very biddable.

Loose he shows great cadence, stride and elevation in all paces, he has a powerful uphill canter, ready to tackle the biggest of fences! Jumping he delivers bundles of carefulness, agility, speed off the floor and the will and brain to do the job he was so beautifully bred to do!

Bennie’s sire; Cornet Obolensky was declared second vice-champion as the darling of the public at the main North-Rhine Westphalian approval of 2001. He produced an exceedingly good 30 day test with an overall point’s score of 8.33, as third of his test lot, leading the field in show jumping with the score of 9.24. He was moreover awarded the top score of 10 for loose jumping by the judges.
Cornet Obolensky was presented successfully in show jumper competitions in 2003. In 2004 he was seen at equestrian sports events and stallion presentations under Ludger Beerbaum.
Cornet Obolensky has a first class pedigree. His sire Clinton, son of the international icon Corrado I, is himself a highly successful international show jumper. Cornet’s dam-sire Heartbreaker, who was victorious in World Cup events, is a son of the probably most prominent Dutch sire of show jumpers of the past 20 years, Nimmerdor.
Cornet Obolensky is one of the biggest breeding revelations in Germany for the past two years, and his offspring are proving to be exceptional. His premiere age class has already produced a number of very expensive elite foals for the 25th and 26th North-Rhine Westphalian elite auctions.

Bennie’s dam sire;  Argentinus performed well as a showjumper up to Grand Prix level following his successful stallion performance test.The list of Argentinus’ achievements during the course of his long career is long – Champion Stallion in Oldenburg, Stallion of the Year in Hanover
Argentinus who has uninterruptedly performed covering duty at Klein Roscharden since his early youth, quickly advanced to become a sire of world format. In 1984 he was awarded the Top premium for his excellent offspring. In 1996 he was the youngest millionaire among Germany’s top class stallions and is meanwhile the most successful living stallion nationwide. Argentinus is omnipresent wherever one looks, whether it is breeding or sport, mare shows or approvals, dressage or on the showjumping course, Argentinus’ s presence can be seen and felt nigh to everywhere.

For sale on behalf of an owner.