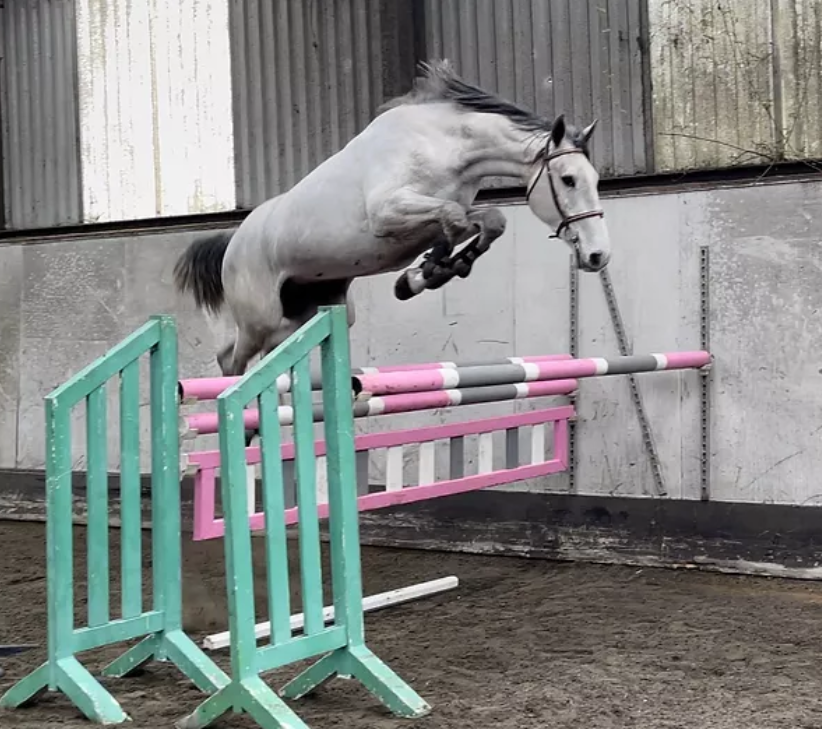 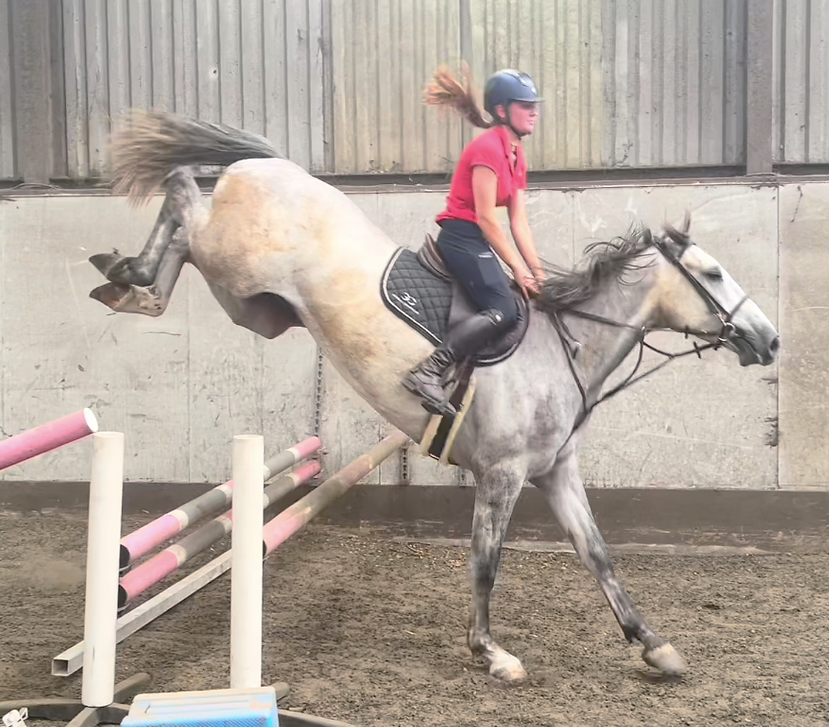 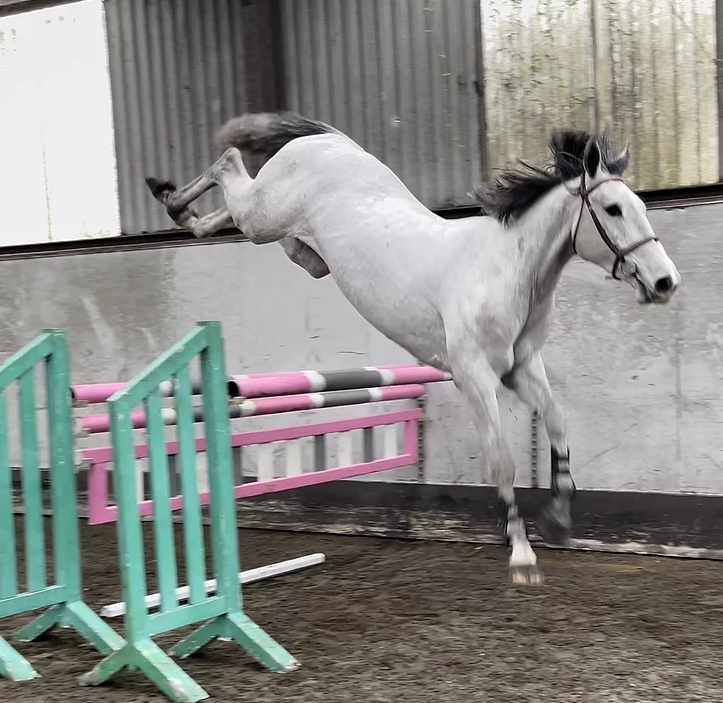 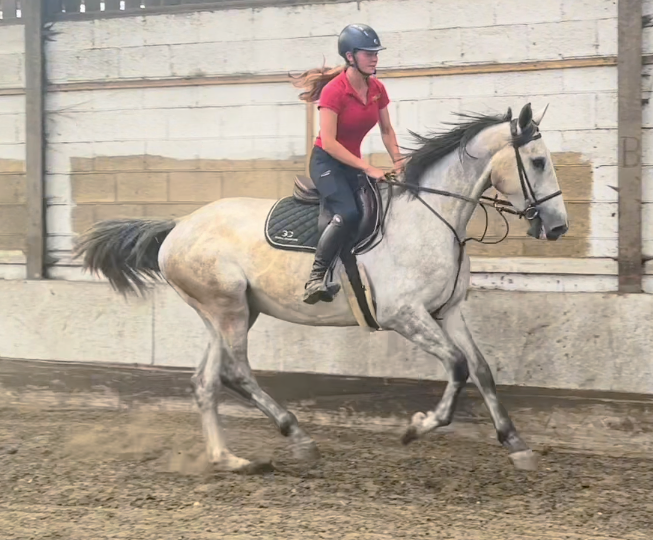 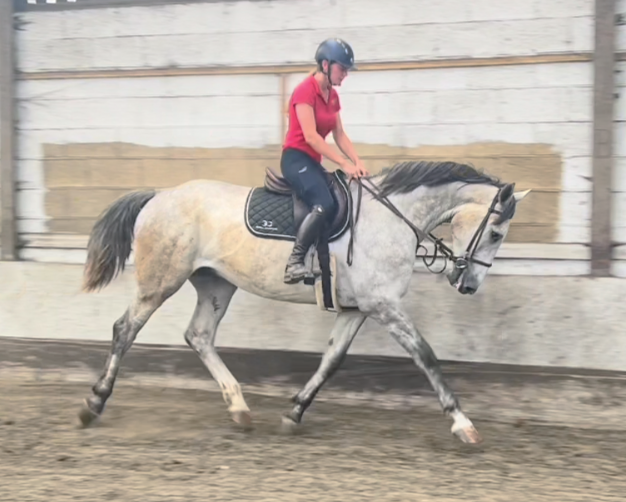 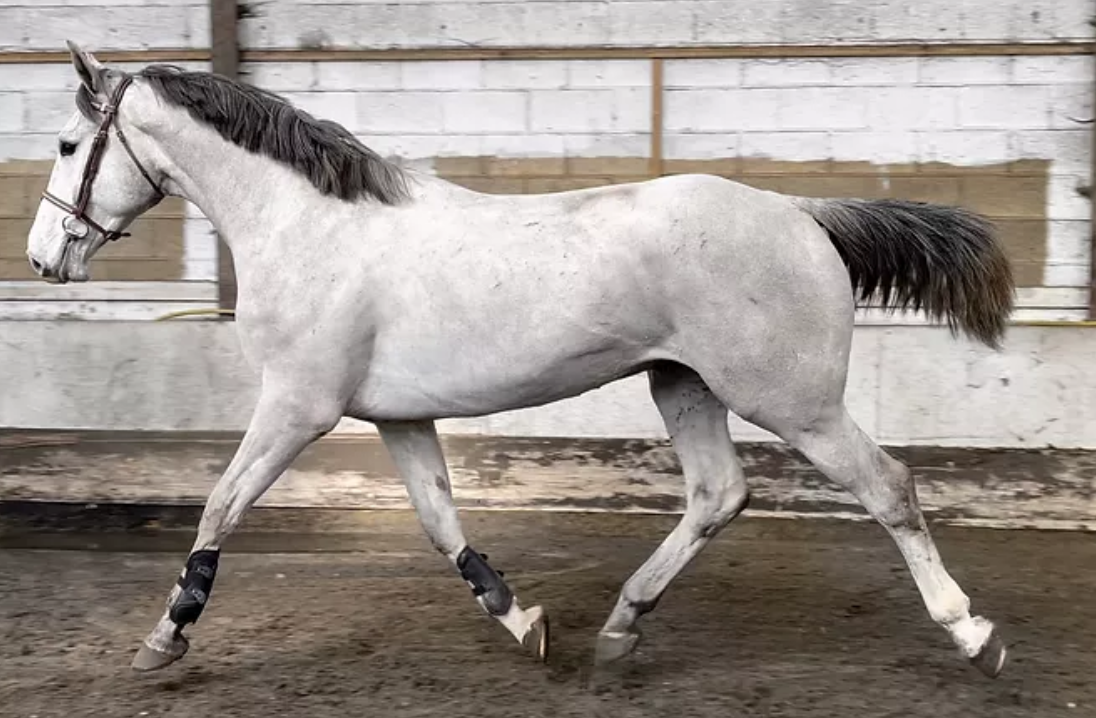 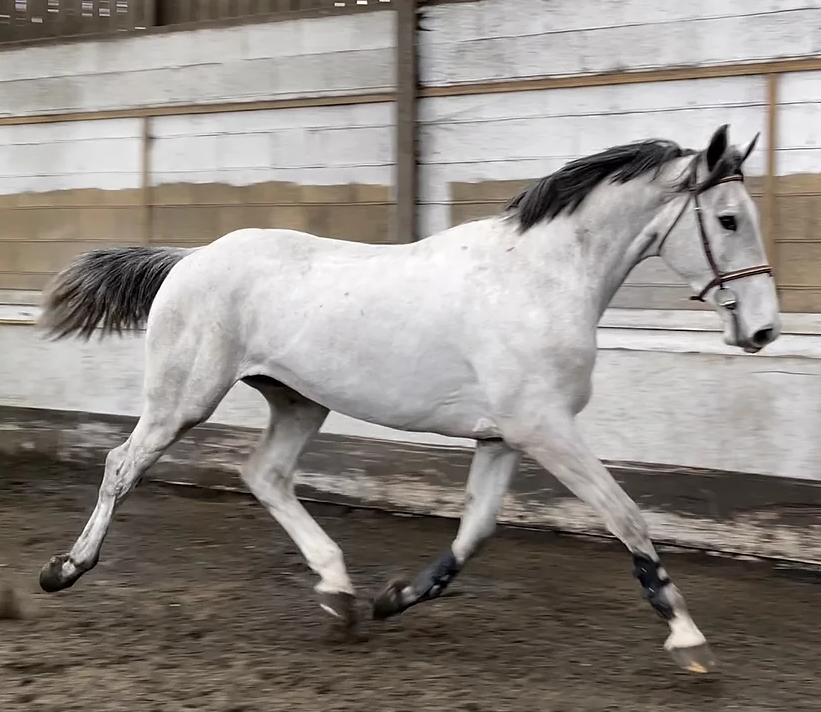 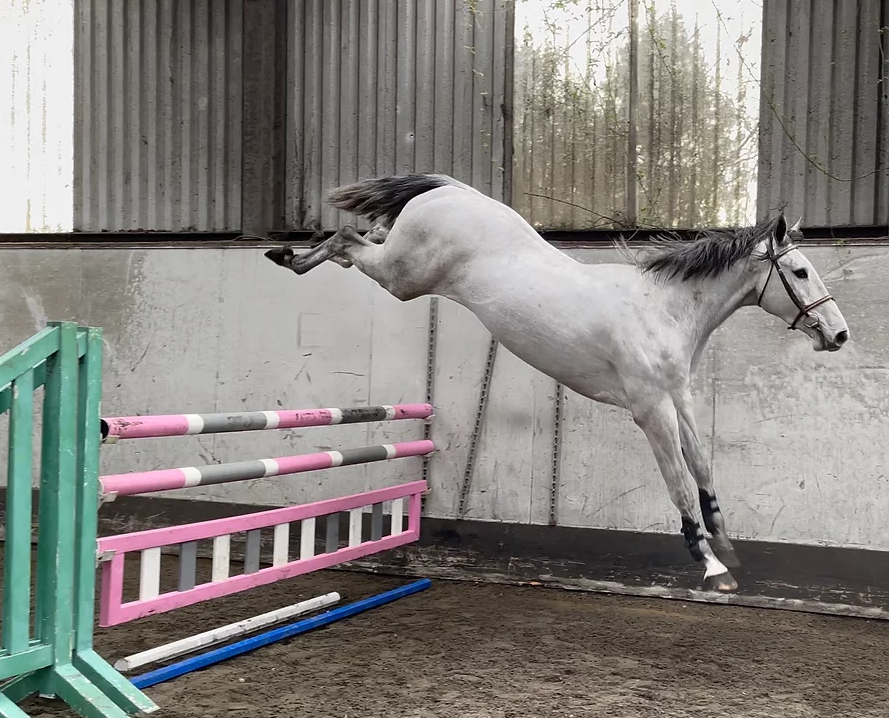 Khan is a stunning home bred horse with impeccable breeding. His Conformation is perfect, with plenty of bone whilst still having enough blood to win the biggest of tracks in the future! Straight from the field he still has a short tail where one of the other young stock chewed it off! He has been regularly handled, trimmed, groomed and wormed since birth so he’s very biddable. Now broke and jumping a single fence he’s proving to be the superstar we always thought he was!

Loose he shows great cadence, stride and elevation in all paces, he has an enormous uphill canter, ready to tackle the biggest of fences! Jumping he delivers bundles of scope, carefulness, agility, bravery and the will and brain to do the job he was so beautifully bred to do!

Khan’s sire; Cevin Z‘s breeding features the outstanding bloodlines for which the Zangersheide Studbook is famous. He carries the double crosses of both Cor de la Bryere and Capitol 1 in his pedigree. He was the second highest priced foal from this prestigious stud in 1997. Cevin Z is highly regarded both for talent and pedigree, with an exceptional temperament with which he stamps his progeny. His first youngstock were placed first and second at the Young Horse Championships in 2006. Conquistador II being the only horse to jump consistently clear throughout the Show and therefore earning a Bonus Prize.

Cevin Z was one of the most consistent 6 year olds in the country in 2003 achieving 4th place in the Foxhunter Championships at the Horse of the Year Show. His international winnings totalled £8000.00 when competing at Lisbon, Chantilly and Vimeiro in 2007, with UK wins at both The Surrey County and New Forest Shows.

Khan’s dam sire; Ars Vivendi is a proven jumper producer with a remarkable performance record.
He has three basic gaits that are out of this world and the jumping talent that you expect from Holsteiners. He was a Premium stallion at the 1995 NRW Main Approval in Münster-Handorf and in 1997 he finished his stallion performance test in Neustadt/Dosse with the maximum possible score of 10.0 in the partial index for jumping. Since then, Ars Vivendi has proceeded to win or place highly in numerous novice, elementary and medium level tests for jumpers. In 1998 he qualified for the Bundeschampionat for German jumpers and in 1999 he won the Audi Jumper Cup at the “Turnier der Sieger” in Münster. In the meantime he has won and placed in advanced level tests.His sire, Acord II, a stallion performance test winner and Vice Bundeschampion as well, is one of today’s most popular Holstein sires. The damsire, Aloubé Z, an internationally successful jumper starting for Austria , goes back to the line founding stallion, Almé Z. The most successful jumper producer of all time, Landgraf I, and the powerful Thoroughbred stallion, Wanderfalk xx, who also sired excellent dressage horses, round off his pedigree. Ars Vivendi comes from the highly esteemed Holstein line 18 a 1 which looks back on a very old tradition.

For sale on behalf of an owner.